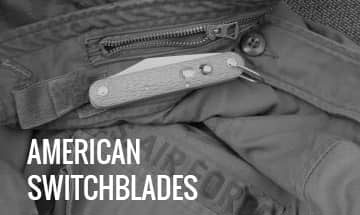 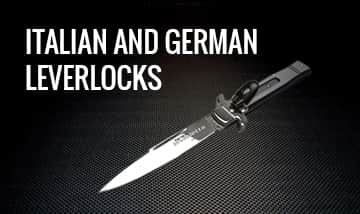 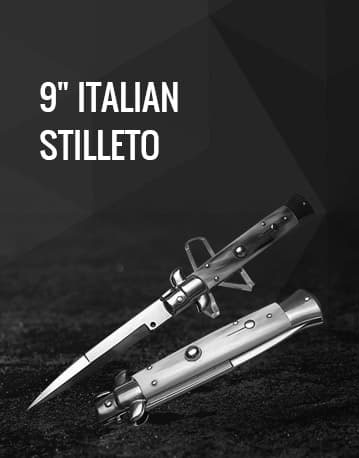 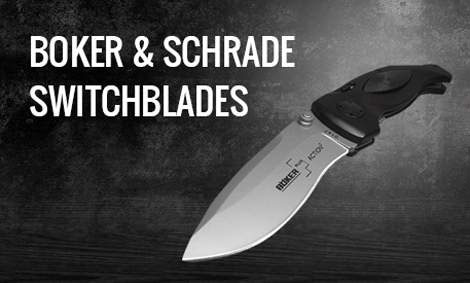 
Switchblade knives have been around for well over a hundred years, and they’re here to stay. They have become very popular with Law enforcement, Military Personnel, Emergency Medical Technicians, and many other professions…such as Fisherman who used these almost exclusively for their ease of use with one hand while tending their nets from snags, minimizing their net damage and financial losses.

The Italian stiletto switchblades became very popular in the United States after many G.I.`s brought them home after World War 2 from Italy & other European countries. Even the US Military realized their potential & had them issued for our soldiers, especially for the purpose of cutting shroud lines on Parachutes in case of tree landings or hang-ups.

Nowadays they are mostly considered a “collectable” or Curios.

Switchblade knives are becoming increasingly popular while more and more states are removing the legal limitations on these items. Some states such as Arizona or Florida allow them to be carried whilst other states limit them to being collectibles only. (However laws do vary by state and sometimes county).

In Italian stiletto and lever lock switchblades alone, there are many variations. For example, there are multiple blade styles such as: bayonet, dagger, kriss, and flat grind just to name a few.

Classic handle materials were mostly, wood, buffalo, stag, and blonde horns. But as technology evolved so did the handle options. For example colored acrylic handles, abalone, mother of pearl, etc are now available.

Sizes also vary anywhere from 5’’ OAL (Overall Length) to 18’’ OAL generally. But there have been larger ones made.

Here at MySwitchblade.com we carry more than just Italian switchblades. We carry switchblades from many places around the globe including: Russia, The U.S, Czechoslovakia, as well as asian imports.

We do have some custom fixed blades and folders. From makers like D’ Holder.

If there’s something you don’t see on Myswitchblade.com please feel free to ask and we can try to locate it for you.